Adding a rose to the bouquet

Taking a shot at greatness

Our charge in launching Small Batch Select was twofold: First, we had to create a brand name and packaging that fit in with the existing Four Roses lineup. Second, we had to get the word out about the new bourbon, which would be officially released during a grand reopening event at Four Roses’ newly expanded distillery in Lawrenceburg, KY.

A Rose by any other name…

We explored multiple strategies in naming the bourbon, ultimately choosing to capitalize on the brand equity of Four Roses’ fastest-growing bourbon offering, Four Roses Small Batch. By adopting the “Small Batch” naming convention, we could give consumers a familiar touchpoint while speaking to a differentiator Four Roses has over other brands: mingling multiple recipes to create exceptionally balanced bourbons.

The original Four Roses Small Batch is a mingled bourbon renowned for its character and drinkability. The new bourbon echoes these traits, and since it was mingled from bourbon recipes hand selected by Master Distiller Brent Elliott, we recommended calling it “Small Batch Select.”

After choosing a name, our team developed front, neck and back labels for the bottle. The aim was to create upscale, distinctive packaging that stood confidently on the shelf but was easily identifiable as a Four Roses product. To accomplish this, we chose the same bottle style as the original Small Batch and added a redesigned label, tastefully embellished with gold foil to leave no question that this was an ultra-premium bourbon.

Getting the word out

Small Batch Select was officially launched during a grand reopening event for Four Roses’ expanded distillery in Lawrenceburg, Kentucky. Our PR team worked closely with Four Roses to coordinate and promote the event: an effort which involved reaching out to social influencers, members of the news media – and even tracking down a couple of air cannons (long story).

Keep your eyes on our social feeds for an announcement tomorrow! pic.twitter.com/GVGynKaFlp

It's been 12 years since a new member joined our family. We are thrilled to introduce our fourth rose, Small Batch Select. Non-chill filtered & bottled at 104 proof, the #FourthRose is coming to KY on 4/17. Available in other markets soon. Learn more: https://t.co/kaBJs3HBei pic.twitter.com/hIWQiOgVc8

Raspberry, clove & nutmeg on the nose, opens to apricot, ripe berry, vanilla & light oak on the palate. The finish lingers with notes of spearmint & a touch of cinnamon. The #FourthRose will first be available at our Visitor Centers on 4/17. Learn more: https://t.co/3JhLJ8vpIS pic.twitter.com/FHT0fMwcZa

Small Batch Select’s mellow, mouth-coating character is refreshing, nuanced and fades into a long finish that stands on its own within the Four Roses family of Bourbons.

The #FourthRose will first be available at our Visitor Centers on 4/17. Learn more: https://t.co/KG8ObeYGRJ pic.twitter.com/ZyZo9aZoYp

An informed Bourbon drinker is the kind we like. Watch Master Distiller Brent Elliott explain what non-chill filtered means for Small Batch Select. The #FourthRose is coming to Kentucky on April 17. Available in other markets soon, learn more https://t.co/DesRgRmM6t pic.twitter.com/cvkuCelnrN

We are pretty excited about the new release tomorrow from @fourrosesbourbon – Small Batch Select. This sample that we received was amazing and honestly this may just be our favorite expression from Four Roses. The official release is tomorrow at the Distillery and the bottling facility. We'll be there to pick up a bottle. Will you? ____________________________________________________ #thebourbonlife #bourbon #fourroses #smallbatchselect #whiskey #whisky #instabourbon #bourbongram #bourbonporn #welovebourbon #kentuckyproud

Small Batch Select is a solid addition to the Four Roses lineup. It brings some depth, complexity and balances well at 104 proof. There’s notes of creamy orange zest, vanilla, light spice and finishes with cinnamon and citrus notes. In a side by side with the 100 proof Single Barrel, I’d take the Small Batch Select. It has more layers of flavor, thicker texture, less spice and terrific balance. These will first go on-sale at the Four Roses Distillery and Bottling Facility/Visitor Center tomorrow. It will then roll out to the rest of Kentucky, New York, California, Texas and Georgia with additional states in the future. Price will be somewhere above the Single Barrel. 🥃 🌹 ———————————————————————— #bourbon #bourbonwhiskey #whiskey #whisky #bourbonenthusiast #jacksonville #florida #cheers #instawhiskey #🥃#bourbonporn #drinks #imbibe #kentucky #fourroses #fourrosessmallbatchselect #smallbatchselect #brentelliott

Flowers are always much appreciated, but the way to this fellow’s heart is to stick some #booze in ‘em. #bourbon #whiskey #fourroses #smallbatchselect #roses #bourbonisaboysbestfriend #brentelliott

The Small Batch Select branding project and product launch was a resounding success. The launch event was covered by lots media outlets, resulting in over a half a million dollars of earned media and numerous shares on social media from influencers in the spirits space. As for the bourbon itself, the initial five-state rollout was such a success, an expanded release has been planned for more states in the coming year. 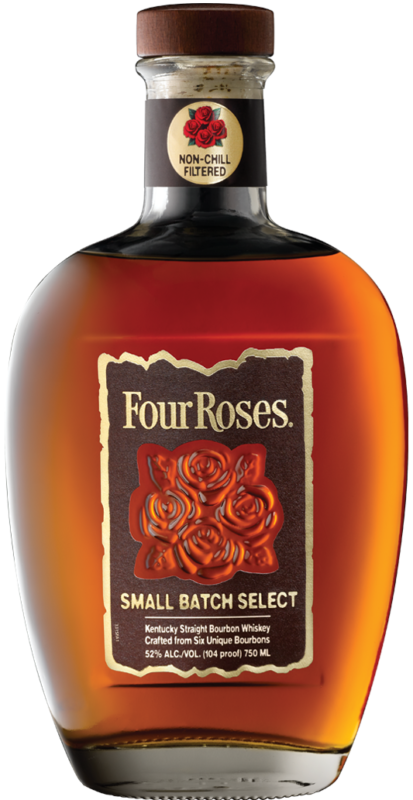 See more of our work